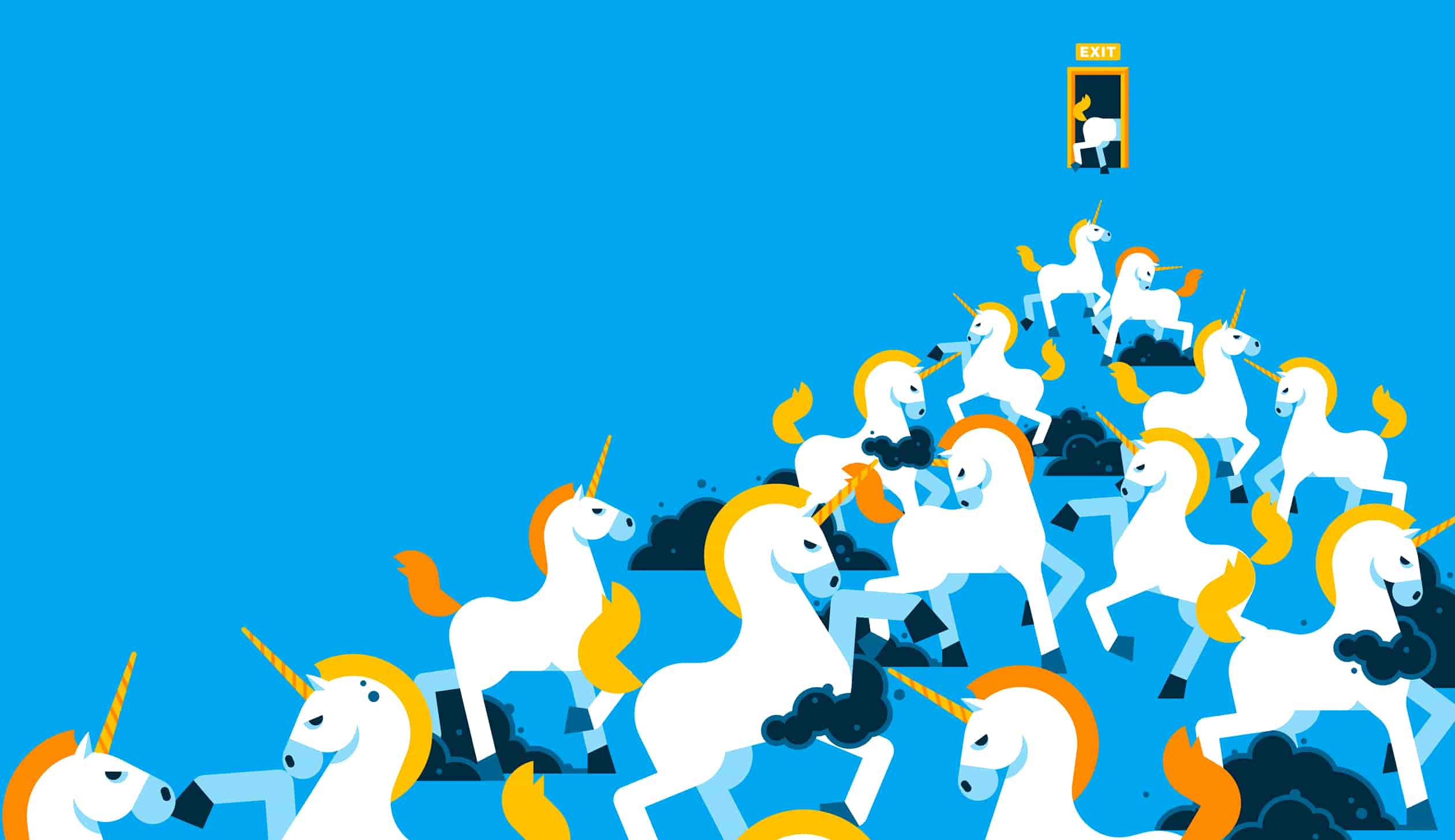 Africa is gradually becoming the melting pot of tech companies. Over the past few years, many tech companies have arisen from the continent providing innovative solutions to some of the challenges faced by the African people and residents of the continent. Some of these tech startups have gone up to become unicorns. In this article, we highlight the top 5 tech unicorns in Africa.

What are tech unicorns?

A unicorn is any privately owned company that is valued at $1 billion and over. The term “unicorn” was popularized by Aileen Lee, a venture capitalist who decided to use the mythical animal to represent such rare and successful business ventures.

Here are the top 5 tech unicorns in Africa:

OPay tops the list of the top 5 tech unicorns in Africa.

It is the most valuable in Africa. OPay is a Nigerian fintech company founded on August 1, 2018. Its headquarters is in Ikeja Lagos. Following flutterwave by just four months, OPay is the second of four African tech start-ups that achieved unicorn status in 2021.

The company operates as an electronic payment startup, developing and overseeing the operation of a mobile payment application. Opay users use the app to pay bills, shop, transfer money, get loans and perform other financial transactions.

OPay in August 2021 got the single largest investment round secured by an African-based startup at $570-million and made history. This funding process was also the very first investment in an African company by the Japanese SoftBank Vision Fund.

Wave is a Senegal based fintech startup launched in 2018 by two Americans, Drew and Quick. The duo had met at Brown University in the US and became friends. They both shared a passion for creating products that will have a social impact on the African continent. They believed that with Wave they can help Senegalese and other Africans solve the problems of lack of affordable ways of saving, transferring, or borrowing money and starting businesses or supporting their families.

Wave is a mobile money provider. The company achieved unicorn status in September 2021 after raising $200-million in a Series A funding round. This was the largest ever Series A round for an African fintech startup.

Wave has grown to become one of Africa’s most valuable start-ups in just four years of its inception, moving away from being just a cheap remittance company (Sendwave).

Global heavyweights Sequoia, Stripe, Founders Fund and Ribbit Capital are the investors in the company. Now, Wave is focusing on expanding into other African countries including Cote d’Ivoire, Mali and Uganda, countries it considers to be regulator friendly.

In September 2021, Andela raised $200 million in a Series E funding and became the most recent African tech startup to achieve unicorn status. Andela is a global engineering talent outsourcing company, founded in Nigeria in 2014. Andela has gone through two previous rounds of funding to get to its present status.

In January 2019, the company was able to secure $100 million in the next round of funding further increasing its valuation.

Andela operates as a fully remote organization with 300+ employees across the world. It maintains a network of engineers from over 80 countries across six continents and connects these engineering talents to the top companies and brands requiring their services. The company has placed engineers in leading tech firms like Cloudflare, Github, and ViacomCBS. Andela is noted for its rigorous applications process. It is more difficult to get into its developer’s program than it is to get into an Ivy League school.

Flutterwave is a fintech company that is one of the top 5 tech unicorns in Africa with a valuation of over 1 billion dollars. Flutterwave simplifies payments by offering payment solutions to individuals and businesses.

i. Checkout – For Businesses to collect payments from customers anywhere in the world

iii. Store – Setting up an online store in minutes

vi. Grow – Seemless Business registration in Nigeria, Us, UK and other countries

Flutterwave achieved its unicorn status in March 2021 after a Series C funding round of $170 million. It is estimated that more than 290,000 businesses use the flutterwave platform for payments. The payments by the company are made in over 150 currencies using different payment channels including mobile wallets, bank transfers, local and international cards, etc.

Flutterwave was founded in 2016 by two Nigerians, Iyinoluwa Aboyeji and Olugbenga Agboola. With headquarters in San Francisco, California, the company operates in Nigeria, South Africa, Ghana, Kenya and other African countries.

Interswitch is a popular tech company that offers payment processing services. Founded in 2002 by Mitchell Elegbe, it operates from its headquarters in Lagos. Interswitch connects all the banks in Nigeria using a ‘switching’ technology and ensures the smooth operation of Atm cards service in the country.

The subsidiaries of Interswitch include:

In 2019, Visa acquired a minority equity stake in Interswitch and subsequently as a result of this investment, Interswitch became a tech unicorn in Africa.

What does the future hold for African tech startups?

The future of African tech start-ups is very promising. We expect more investor funds to flow into the continent against the backdrop of the success of the unicorns. We expect to see more innovative ideas and impactful solutions in the form of companies starting up in different countries in Africa. A Silicon valley-like cluster can be formed in either Nigeria or any of the countries with brilliant tech minds and a good investment climate. We expect to see two or more new unicorns in 2022.

These top 5 tech unicorns are proof that the African continent has all it takes to start, develop and scale innovative and big companies that can compete favourably with their counterparts anywhere in the world.