Nigeria is a western African country on the southern side of the Gulf of Guinea and is between Benin and Cameroon, and its population is the largest in Africa. The country gained its independence in October 1960 from the United Kingdom as a federation made up of three regions, namely northern, western, and eastern regions. The independence constitution provided a parliamentary form of Government. Each of the three regions was self-governing with the federal Government having exclusive powers in matters of defence and security, commercial and fiscal policies, and foreign relations.

In October 1963, Nigeria became a federal republic and promulgated a new constitution that changed its relationship with the United Kingdom. The Country is rich in natural minerals, some of which are petroleum, tin, iron ore, and natural gas. Though different parts of the country suffer from natural hazards of periodic droughts and flooding, the Country has abundant arable land. Most Nigerians are either Muslims or Christians with a tiny minority practicing tribal religions.

This post will reveal all you need to know about Nigeria. If you have always wanted to learn more about Nigeria as a citizen or tourist, here is a chance to do that. Let us launch this voyage of discovery right away.

There are 250 ethnic groups in Nigeria. Out of the groups, here are some listed in order of political power and population. They are Hausa and Fulani 29%, Yoruba 21%, Igbo (Ibo) 18%, Ijaw 10%, Kanuri 4%, Ibibio 3.5%, and Tiv 2.5%. The Nupe is also a large group in the North, while other groups in the Country are minority tribes.

Nigeria has a large population and economy, and in Africa, is often referred to as the Giant of Africa. According to Wikipedia, the estimated population is over 204 million.

The Country is the seventh most populous country in the world, with a population of youths below 18 years of age.

The Official language is English. Apart from the English Language, the most widely spoken languages are Hausa, Yoruba, Igbo (Ibo), and Fulani. However, there are more than 500 other indigenous languages.

The Nigerian National Flag is the next item on this article of all you need to know about Nigeria.

Micheal Taiwo Akinkunmi designed the Nigerian flag. It has Green on both sides and a White Colour in the middle. The White colour stands for peace and unity of the nation, and the Green colour represents how fertile and arable Nigeria’s lands are for agriculture.

The British Colonial Government was in control of the Country from 1800. However, Constitutional development began with the amalgamation of Nigeria in 1914. Lugard formed Nigerian Council to work with the existing Legislative council of the Colony of Lagos. All the rulers of Nigeria on behalf of the Queen After Lugard had their Constitutional reforms.

In 1922, you had the Hugh Clifford constitution, which was the first written Constitution in Nigeria that let Nigerians join in the Government of their Nation.

In 1946 Nigeria had the Arthur Richard Constitution. There was intense agitation for political autonomy by nationalists. This Constitution was the bedrock of the Federal political system of Government with the introduction of three houses of Assembly.

In 1951 the John Macpherson constitution gave Nigerians the chance to be Ministers, members of the Executive council, and a central house of representatives.

The next was the Lyttleton constitution, which they promulgated in October 1954, and it contained agreements reached in different constitutional conferences held in London and Lagos. Nigeria accepted a Federal Constitution, and it gave more autonomy to the regions.

On October 1, 1960, the British Government drafted the Independence constitution granting complete Independence to Nigeria. The Queen of England Elizabeth II was still the ceremonial Head of State.

A coalition of parties like the Nigerian People’s Congress (NPC), a Northern party, National Council of Nigeria and the Cameroons (NCNC) an Eastern party formed the Nigerian Government. Nnamdi Azikiwe, leader of NCNC, was appointed the Governor-General of Nigeria in November 1960.

The opposition party was Action Group (AG), a western party led by Obafemi Awolowo. There was a mix of the three dominant ethnic groups in this Government, but their sharp political differences showed.

The independence constitution was operational until October 1963 when Nigeria became a republic, and Chief Nnamdi Azikiwe was appointed the first President of Nigeria.

After the 1965 elections, there was a complaint of the rigging of the vote in the western region, corruption of the politicians, inefficiency, tribalism, nepotism, and more.

The adverse situation in the Country escalated and led to the first military incursion into Government when the First Republic was cut short in January 1966. The army coup was led by young Igbo soldiers under Majors Emmanuel Ifeajuna and Chukwuma Kaduna Nzeogwu.

Another thing we will examine in this post of all you need to know about Nigeria is its past presidents. We included the Military heads of state and democratically elected presidents of the Country.

After the constitutional conference in London from May 23 to June 26, 1957, on September 2, 1957, they appointed Abubakar Tafawa Balewa Prime Minister of Nigeria because his party had majority members in the house of representatives.

In 1963 after the elections, the Country became the Federal Republic of Nigeria, and they inaugurated Chief Nnamdi Azikiwe as the first President of Nigeria. This Government was set aside after the Coup of January 15, 1966, but the coup plotters could not form a stable government.

After Gowon was appointed Head of state, there was tension between the North and south, which led to secession by the South Region and the declaration of Independence in May 1967 by Lt. Colonel Emeka Ojukwu. The secession led to a civil war that lasted for three years from July 6, 1967, to January 1970.

What led to the third Coup in the Country was when General Gowon recanted earlier promise to hand over Government to civilians on or before October 1, 1976.

On July 29, 1976, Gowon was removed and replaced by Brigadier Murtala Mohammed, who ruled for six and half months before lieutenant colonel Bukar Dimka assassinated him in an abortive coup on February 13, 1976, and his deputy, General Olusegun Obasanjo assumed leadership of the Country.

The Obasanjo military government conducted an election, and Alhaji Shehu Shagari won. The Military Head of State Olusegun Obasanjo handed over power to a civilian president to end the first part of military rule from 1966 to 1979.

This time Nigeria adopted the American presidential system of Government but maintained a stable Federal structure with weak power provided for the States. The Constitution offered a three-tier system of Government, and bicameral legislature at the centre.

Alhaji Shehu Shagari was President of the Country from 1979 to 1983. That is four years and three months, and shortly after the 1983 elections, which was full of electoral malpractices, bloody riots, and arson, on December 31, 1983, the Military led by Major General Muhammadu Buhari, struck again to arrest the degenerating situation.

Buhari’s Government did not last long. The Military removed the Buhari led Government on August 27, 1985, when Major General Ibrahim Babangida took over Government and declared himself President.

The Babangida transition to Civilian rule conducted a free and fair election that held on June 12, 1993, and Moshood Kashimawo Olawale Abiola of the Social Democratic Party had 58% vote cast and won the election.

Here is a critical fact in this post on all you need to know about Nigeria. Babangida annulled the election, and this led to unrest in the Country.

In August 1993, the situation in the Country forced Babangida to resign as President and handed over the Government to a handpicked civilian called Chief Ernest Shonekan, who formed an Interim National Government. This Government lasted for only 87 days.

On November 17, 1993, General Sani Abacha forced Ernest Shonekan to resign as head of the Interim National Government and formed a military government. General Abacha ruled until June 8, 1998, and died in office.

General Abdulsalam Abubaker took office and started a ten months transition program that ended on May 29, 1999. Abubakar conducted an election to elect a civilian government, and Chief Olusegun Obasanjo, a former military head of state, won. They installed him on May 29, 1999.

General Abdulsalam Abubaker ended another stretch of military Government from 1993 to 1999.

Other presidents include Umaru Yar’Adua of the People’s Democratic Party (PDP), who won the election in 2007. When he died on May 5, 2010, his deputy Dr. Goodluck Jonathan was sworn in on May 6, 2010, and served until March 2015 when Muhammadu Buhari of All Peoples Congress (APC) defeated Goodluck Jonathan in an election.

Thy swore Muhammadu Buhari in on May 29, 2015, and Nigerians re-elected him for a second term in February 2019.

The Official currency of Nigeria is Naira. The then Federal Commissioner of Finance Chief Obafemi Awolowo invented the name of the money from Nigeria. The Government introduced the naira in 1973 to replace the British pounds sterling.

Its symbol is” ₦.” Also, the naira is divided into 100 kobos. The denominations of the Nigerian currency include:

The only agency of Government authorized to issue the Nigerian currency is the Central Bank of Nigeria. It also manages the volume of money supplied in the economy to ensure a stable price and monetary equilibrium.

The Nigerian Naira has gone through a lot of devaluation, and according to Wikipedia, it was ₦0.63 kobo to one Dollar in 1974. As of today, the naira officially exchanges with the United States of American dollar at the rate of ₦380 to one dollar. The price of the naira shows how the economy of the country has worsened over the years as we bring you all you need to know about Nigeria.

Besides, you can compare its size to Venezuela. Also, Nigeria is twice the size of California in the United States of America.

In 1885, other European nations recognized the British claims to the West African area at the Berlin Conference. On January 1, 1901, The British officially occupied the areas now called Nigeria as a British protectorate, and part of the British Empire.

Nationalist agitations led to constitutional reforms that gave Nigerians more participation in the governance of their Country. The United Kingdom granted the demands for independence in1960 when Nigeria became independent.

The next vital part of this article is the Time zone. Nigeria falls in the West African Standard Time zone that is (GMT +1).

There are thirty-six states and one Federal Capital Territory in Nigeria. They divided the states into 774 Local Government Areas (LGAs). They also shared the Country further into six geopolitical zones made up of North East, North West, North Central, South East, South West, and South-South.

This post is a summary of all you need to know about Nigeria. We started with the ethnic groups in the Country, population, languages, flag, independent, past presidents, and currency. Additional subjects we examined include Map, colonial masters, Nigeria time zone, and geopolitical zones.

This information will no doubt enrich your knowledge about Nigeria to enable you to visit the Country or join in building our great nation. Become more active and lead where you are to make Nigeria greater tomorrow. 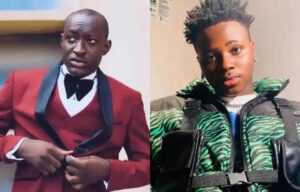 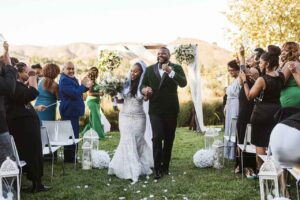 10 Ways to raise money for your wedding 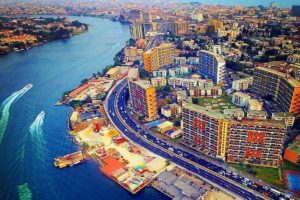 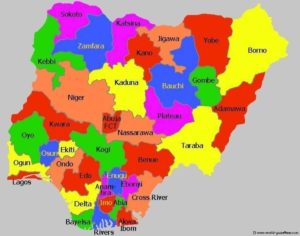 How to become a politician in Nigeria 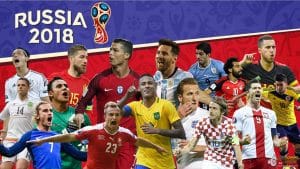 How to make money from the FIFA World Cup 2026 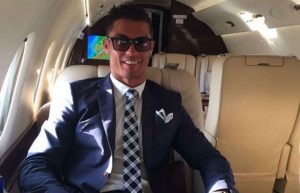