Finance is simply a term associated with the study and creation of money assets, wealth management, and investment.

As a field of study, finance is a broad umbrella that covers how individuals, households, corporations, and government entities manage their money. It cuts across all choices made by businesses to maximize their objectives, those made by public organizations and even, regular people in the ordinary business of life.

The interesting part is that we are all involved in finance one way or the other as individuals, whether we like it or not. Whenever you decide to save, buy an asset instead of a liability, budget your income or even spend on basic life necessities, you are engaging in finance. So long as money is involved, then it’s a financial decision.

In addition, understanding how to manage personal finances is a skill everyone should have irrespective of academic discipline.

The reason is that knowing how finance works will save you and your business a lot of unnecessary financial pressure and help you grow wealth over time.

There are three (3) broad branches of finance, although scholars have identified other categories in more recent times such as behavioral and social finance.

Corporate finance is basically about how organizations make decisions that affect their assets, liabilities, income, expenditures, and debt and equity instruments in order to achieve their corporate objective.

Public finance is based on how the government uses the tools of tax, public budgeting, structural policies, and other instruments to control the financial system.

Corporate finance is simply about how companies source for funds, manage the funds through the internal running of the business, and also, how they make calculated investments.

This branch of finance concerns how firms are funded whether it is through debt Financing, equity, short or long term financing instruments; also in making investment and dividend decisions such as where and when should they invest, should they give out excess profit to stakeholders or reinvest back into the business? The summary of all financial decisions of a company is seen in its statement of financial position for that period.

Initially, business objective was assumed only to be profit maximization which believed that all companies are solely profit-oriented. Then another argument came up with shareholder’s wealth maximization theory which states that businesses are more concerned with protecting the shareholders’ interests.

This includes the capital ownership structure as well as periodical declaration of dividend as the firm’s goal in business.

However, in reality, a business has other stakeholders to satisfy besides stockholders and other owners. Stakeholders like employees, competitors, and the society have not been taken into consideration by the traditional corporate finance theory.

The problem now lies in the fact that these interest groups have conflicting needs with those of the shareholders.

For instance, an employee who is a manager is more interested in his basic salary than the share price of the company. For this reason, he might take some investment decisions that will favor the short-term output and earn him a salary increase, without necessarily looking at long-term effects.

The society also has its own demands on a business. This has not been factored into the traditional scope of corporate finance. Same with the business competitors and consumers.

These problems gave rise to a modern theory of corporate finance covering other stakeholders of a firm in its objective.

Public finance covers all the actions of the government in an economy that manages the country’s debt, the spending, collection, and allocation of government revenues.

It is simply about how the government controls the distribution of resources among citizens, allocates revenues to pubic expenditures from the public purse, and stabilizes the economy.

It is the duty of the government to come up with structural economic policies that will help grow the economy, control recession\inflation in the country.  The government is also in charge of drafting annual budgets, collecting taxes, creating jobs, providing basic resources for the common man such as good road network, making financial decisions like external loan seeking, public investments, making economics laws, and other functions of public finance.

For example, Nigeria’s GDP as the end of 2021 showed an increase of 1.5% according to the National Bureau of statistics. This was as a result of strict policy making by the government during the year. Hence it shows how much government is responsible for controlling the economy.

Personal finance refers to how individuals and households manage their income, budget spending and make individual saving and investment decisions. Personal finance stands on two legs: Income and expenditures. Income is a person’s financial inflow such as salary, interest on investment, while expenditures refer to all outflows like food, medicals, and clothing.

Personal finance management usually begins with effective budgeting because when you budget, you take control of what you spend your money on instead of just spending without a plan.

A strict budget plan recognizes savings figure before even expenses are provided for. Leaving savings for last may not be as effective because as humans, we tend to possess unending needs and pressing wants in contrast to a really small paycheck.

So it is advisable to remove savings first before allocating expenditures.

After saving, what next?

Majority of Nigerians save for the wrong reasons, that is, to spend. What’s the point in depriving yourself of comfort only to spend it all on the same things you avoided spending on?

According to Economics, savings become investment in the long run. So it follows that after you have saved up some tangible amount, the next step is to invest in viable businesses and legit ventures that give a consistent ROI.

This way, you would have your money multiplying itself. In no time at all, you’d be truly wealthy. This is the secret of wealthy people.

What are the differences between economics and finance?

The subject of finance is often confused with accounting and economics, although they are interrelated, yet each field has its own distinctiveness. As a field of study, Finance is reported to have been carved out from Economics at its inception.

Economics is a social science that seeks to define the relationship between man, the means of production, and distribution of scarce resources available, among unlimited wants. While finance is generally about managing money, investing and wealth creation.

Economics dwells more on scarcity of resources and how the tools of production can be optimized to serve man’s unending desires. It also talks about market output, prices of commodities based on the forces of demand and supply, governmental economic policies, unemployment rate in a country, deflation/inflation issues, periodical national output, taxation and budgeting tools.

Joy Gabriel is a business strategist and content creator for MakeMoney.ng. Her passion is creating solutions to entrepreneurship problems. She loves to read and teach others whenever she's not working. 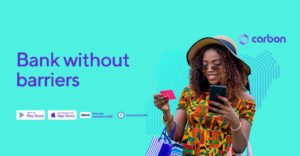 Carbon Zero: How to buy now and pay later with no Interest 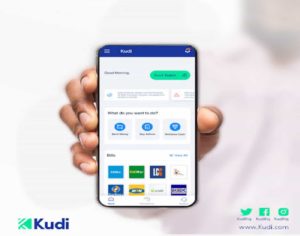 Kudi: How to use, transfer money, become a POS agent & more 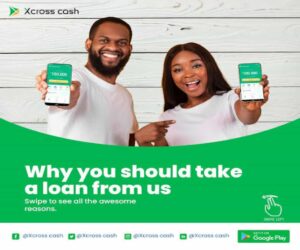 Xcrosscash: How to get loans, requirements & more 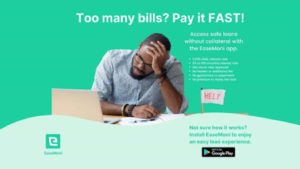 EaseMoni: How to get a loan, requirements & more 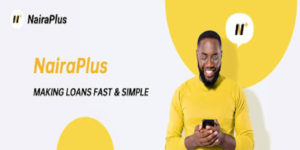 NairaPlus: How to get a loan, requirements & more