According to the Central Bank of Nigeria’s (CBN) ban, banks and other financial institutions must immediately terminate the bank accounts of anybody who engage in digital asset transactions.

It also stated that banks that violate the circular will face severe regulatory consequences.

This partnership allows crypto trading companies to accept debit cards and direct bank transfers. Those companies have been barred from handling such transactions, according to the statement.

Many people, including those in the crypto industry, have been taken aback by the CBN’s limitation. They stated that they were not notified prior to the ban’s declaration. While many people expected some type of regulating legislation later, the unexpected prohibition has left the industry in shambles.

Several factors have contributed to Crytocurrency adoption’s meteoric rise in Nigeria. The CBN’s tight foreign exchange restrictions are one of the key culprits. Furthermore, the depreciation of the Naira has piqued Nigerians’ interest in Cryptocurrencies.

The currency has become unstable as a result of the naira’s fluctuating exchange prices. As a result, the CBN has decided to take steps to defend the country’s currency and regulate foreign exchange supply.

Remitano and Binance are two well-known P2P cryptocurrency trading platforms that allow Nigerians to purchase and sell Bitcoin and other crypto assets using their debit cards. This functionality has made it easier for Nigerians to buy Bitcoin and has boosted Bitcoin acceptance.

This changed due to the Central Bank of Nigeria’s circular.

The ban is thought to be linked to the 2020 End SARS protests. After the government froze bank accounts linked to the protests, the funds were contributed using Bitcoin and other cryptocurrencies. Nigerian officials believe that digital assets might also be used to fund terrorism.

The Usage of Peer-to-Peer (P2P) transactions

While the government has prohibited all financial institutions and banks from supporting any crypto transaction and has ordered that any account involved in this type of trading be closed down, crypto traders have found a means to circumvent this restriction.

This ban has hindered the performance of traditional/centralized exchanges, which are one of the most popular ways for Nigerians to purchase Bitcoin.

People buy bitcoin with Naira directly from their bank on controlled exchanges, and according to the statement released, if you do so, your account will be reported. Peer-to-peer exchanges are the answer to this problem.

You don’t buy BTC with Naira straight from the exchange on P2P sites; instead, you buy it from another person. The P2P exchange is merely a marketplace that connects buyers and sellers.

So, in P2P platforms, the buyer sends the value of bitcoin or whatever cryptocurrency he or she wants to buy straight to the seller’s bank account, just like a regular inter-bank transaction, and the seller delivers the crypto to the buyer’s wallet via the exchange. The transaction can be completed without the involvement of a financial institution.

It’s nearly impossible for banks to identify the objective of a transaction when money is sent directly from one account to another because it could be used for anything. As a result, regulatory organizations will have a tough time tracing P2P trading, and it will be difficult to find and shut down such accounts.

1. Reduction of investment flows into the economy

The ban on cryptocurrency transactions may reduce investment flows into the country at a time when global investors are increasingly interested in the industry. Jay Z and Jack Dorsey for instance have announced a $23.6 million donation to support Bitcoin development in Africa.

Furthermore, Wall Street and major financial institutions such as JP Morgan and Morgan Stanley are showing increasing interest. This indicates that the crypto industry has a lot of potential in the next years.

As investors continue to boost bitcoin investments in emerging nations, there are high expectations for reduced volatility. This is excellent news, but the restriction on cryptocurrency transactions in Africa’s largest consumer market may hinder prospective investment inflows that would help the continent’s economy thrive.

Bitcoin was intended solely to eliminate bottlenecks in financial transactions, particularly those that cross borders. It’s unlikely that the prohibition will entirely halt all transactions. The creation of a crypto shadow economy in Nigeria is more possible, which might enhance the chances of money laundering and illicit financial flows.

There would be no more marketing on social media sites from famous exchanges, and no more transactions through financial institutions.

The CBN’s move may add to the pessimism of existing and potential (local and foreign) investors who were already wary of the uncertain policy environment. The result might be an increase in capital outflows, which would be dangerous for the naira and infrastructure development.

The rapid growth of the Nigerian crypto sector has resulted in several career opportunities, particularly for the youth. Individual home-based traders are affected by the restriction, and these traders frequently hire their own staff. Stopping the activities of the burgeoning crypto market has resulted in more job losses, potentially increasing the unemployment rate, which is already at 27.1 percent (Q2’20).

The indigenous cryptocurrency sector, which is one of the largest on the African continent, has been impacted by the prohibition. The indigenous digital asset start-ups were expected to achieve even greater success, following their phenomenal success last year.

Cryptocurrency being the primary occupation of many Nigerian youths, the restriction will only contribute to joblessness and poverty in the society.

5. Ban in cryptocurrency trading in other African countries

Because Nigeria is one of the most active participants in the African cryptocurrency market, the CBN’s prohibition on financial institutions processing digital asset-related transactions may push other African governments to follow suit.

Due to the difficulty in regulating digital assets, several African countries, like Ghana and Kenya, do not consider them legal tender.

Following the CBN’s prohibition, many nations with high Bitcoin usage, such as South Africa, are likely watching the latest developments in Nigeria. Central banks in other African nations with strong Bitcoin trades may take similar steps in the near future.

Many people are unsure how to buy Bitcoin and trade digital assets as a result of the CBN’s legislation. P2P exchanges are now the best way to obtain Cryptocurrencies.

Tesla reportedly bought nearly USD 1.5 billion in Bitcoins and wants to accept them as payment in the future, just two days after the Nigerian government banned cryptocurrency.

This demonstrates how the world is getting increasingly globalized, and how technology will determine the future. Finance is a vital part of any economy, so it’s understandable that governments feel compelled to completely control something as complex as cryptocurrency.

If you want to trade cryptocurrencies, you must use trusted and safe P2P platforms to avoid being cheated. One of such is Binance. Binance’s P2P feature allows you to buy and trade cryptocurrencies in a safe and secure manner. I can predict that a future Nigerian government would lift the ban. 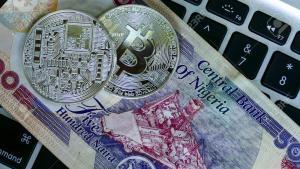 How to start investing in Bitcoin in Nigeria 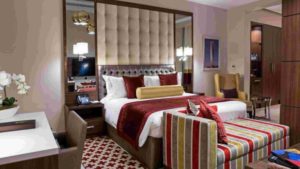 How to start a hotel business in Nigeria 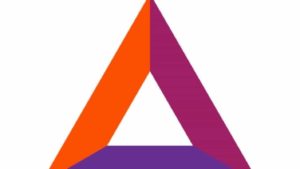 Basic Attention Token (BAT): What is it? Is it a good investment? 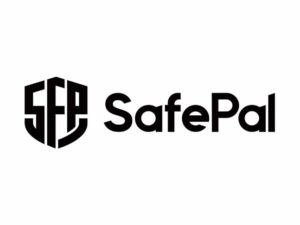 SafePal: What is it? Is it a good investment? 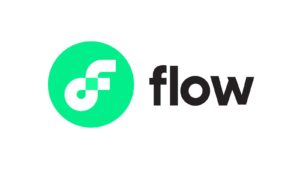 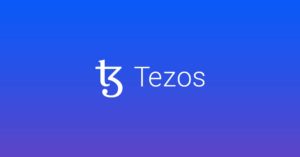