Update: A new and great way to make money from football is with Superpicks. All you predict six games and if you get everything right, you can win big. You also play fantasy football. And it is all free to play. You can click here to join.

The football season is coming back and the groove is everywhere. From the English premiership to the Spanish Laliga, Italian Serie A, German Bundesliga, French Lique 1 and the UEFA champions’ league, the excitement and fun ahead is amazing. The fans also key into the excitement with the return of fantasy football.

While the players and coaches are preparing to work wonders on the field, the fans are also preparing to cheer them on. But there is another group of fans who are exploring how to make money and other rewards from the football season.

Because Football is a game of passion and invoke massive follower-ship across the globe, it also opens up opportunities for fans to make money, earn rewards and even build businesses around it.

You can make money, earn rewards, win trips abroad and even start a business from the upcoming football season. In this article, we will reveal to you how you can make money from the new footballing season. Here at MakeMoney.ng, our goal is help you see the opportunities in everything.

Here are ways you can make money or earn reward from the new football season.

Fantasy football is a great way to earn rewards from watching your favourite football team or league. You get to have fun and mix up with other fans playing it.  All the major leagues offer fantasy football, you can join, play and get rewarded directly from the league itself.

In fantasy football, you are given a budget online, with this budget, you select your team from the goalkeeper to the attackers to the players on the bench. You can select players from different clubs. Players you believe will make the most impact in the coming season.  You will be given points every week according to how your players perform.

Players who score the highest points will be rewarded at the end of game week, end of the month, and end of the Season.

Here are Some fantasy games you can play.

Official Fantasy Premier League (FPL): This is the official fantasy football of the English premiership organised by the league body itself.  There are over 6 million fans from around the world who take part in the official FPL.  The English Premiership is arguably the most popular league in the world right now. You can play their official Fantasy football (FPL) and earn great rewards.

You can earn a lot of rewards and also make money playing the official Fantasy Premier League(FPL). The overall winner at the end of the season will get a “7-night break in the United Kingdom for two people to include VIP hospitality at two Premier League matches and visits to a selection of popular tourist attractions in the UK.”

The second runner-up will also get a trip to the UK with a guest and hotel accommodation and many other prizes.

There is also a prize for the third runner-up.

Apart from the overall winner, there will also be winners at the end of Every game week and also at the end of every month with good rewards.

The FPL also has a cup competition beginning in January with a big prize for the winner too.

You can also join private leagues that are run by different sporting brands on the FPL website to earn money. There are leagues that award over $2000 to winners and more.

It is free to join and play! Anyone can play! Even some of the footballers play it, CEOs to the man on the street. It is fun!

To join and play the official Fantasy Premier League(FPL), Click here. Once you are there, register and you are good to go. To learn how to play, read the rules, terms and conditions and prizes to be won, click here.

You can join our own league. The league code is: aoqx9g or click here to join.

Official Fantasy Bundesliga: The German Bundesliga have their own official fantasy football league where you can earn rewards. It may not be as popular and lucrative like that of the Premiership but it offers a reward for fans. You can win trip to Germany with hotel accommodation. Signed jerseys and more. It is free to play. To play the official Fantasy Bundesliga, click here. To learn about the prizes, rules, and more click here.

Dream Team FC:  The Sun Newspaper in the UK run this fantasy football with prizes up to £200, 000. You can join and win some amazing prizes too! Click here to play.

But don’t worry if you cannot get the 10 games accurately, you can still win something every game week.

For 6 you can get a Premier League jersey

For 5 you stand a chance to get a Superbru Yellow Cap.

Payment will be through Bank transfer or Paypal according to Superbru.

The above is for the English premiership only.

If you are looking at how to make money from football without betting, these first two are good choices.

You can make good income from the football season by running a match viewing centre. This can be a side business where you make extra income. Depending on your location and attraction, you can make a good income every game week.

Fans love to stay together to watch football in an atmosphere that is electric with passion. All you need is a space, chairs, television and Satellite TV.  You can go to your Satelite TV shop, for those in Africa it will be DSTV, for those in UK it will be Sky/BT sport. Negotiate with them a package. Get a space. Put on the TV and start up.

You can rent a space or a shop and pay weekly or monthly.

Share fliers and do publicity in your community about your match centre. Make it attractive. Fans will turn up during game days, you charge them per game. You can also sell drinks, snacks and other items during games to boost income.

Football fans are very passionate the game and they love to identify with the teams they support. They love wearing their team’s shirt and any form of merchandise. They even decorate their cars and houses with their team’s merchandize.

You can make or order caps, hand bands, dress, jerseys, flags and so on carrying diverse club’s identity and sell to fans in your city.

People buy these stuffs a lot and you will be amazed at how fast you will sell out.

You can run a blog that talk about your favourite club, team or league. You can can just focus on football in general. If you can get many people that read your blog, you will make money from it with ads and affiliate marketing.

You can also run a video blog on YouTube. Where you talk about games and interview other fans. This method is cool. You just need a camera and a mic. Talk to fans in your city how they think about games and players. You give your reviews and previews. Once you have a good number of subscribers, you will make good money from ads, affiliate and sponsorship. To learn how to create a Video blog read: How to make money on YouTube.

This is not advisable by us but it is a popular way of making money from football and we have to include it. If you are very good at predicting and reading games, you can bet and win big or small depending on the odds. You can bet on teams to win, scores of games, first team to score and many more. The betting industry is very big and people win huge.

Conclusion: If you are very passionate about football, you can also make good money from it too. You can even become rich from it if you follow some of the ideas here. And who knows, you can even create jobs out of it and empower more people. If you know of any other ways apart from the one we have listed, you can drop it in the comment below and we will consider it. If you are looking at other ways of making money online then read: How to make money online 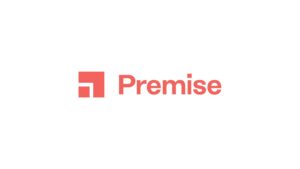 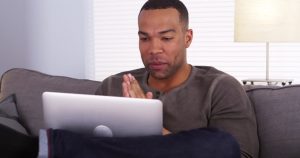 Online part time jobs and where to find them 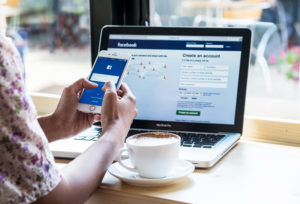 How to make money with ySense (ClixSense) 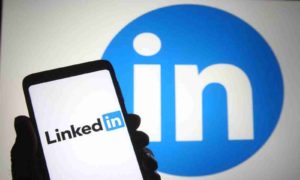 How to make money on LinkedIn