Polkadot (DOT), officially launched in August 2020, is one of the fastest-growing cryptocurrencies. It’s one of the decentralized application networks that have the potential to overtake Ethereum. This is because it tackles the problems within the blockchain world in a unique way.

Currently, the Polkadot cryptocurrency (DOT Token) has a good stand in the crypto market. It also has a good future expectation based on several analyses.

Would you like to know more about this coin before investing your money? You need to! In the following, I give you essential information about Polkadot(DOT) to help you invest wisely.

Gavin Wood is the co-founder and former CTO of Ethereum. He had also written the first functioning version of the Ethereum code and has had a big hand in developing Ethereum’s programming language Solidity.

Wood describes Polkadot as resistant to blockchain maximalism: referring to the aspiration that blockchains should work together.

Polkadot is a protocol that aims to provide a solution for multi- and cross-chain data transfer. The solution that Polkadot offers is completely open-source. The protocol makes it possible for different types of blockchains to communicate and work together.

In addition, Polkadot also solves the scalability problem. Many blockchains run into this nowadays. They can no longer handle a large number of users, which means that the blockchain cannot fully do its job.

Polkadot uses sharding, which means that many more transactions can be processed on the blockchain. For example, sharding is also used with Ethereum 2.0.

Speaking of which, many people refer to Polkadot as the ‘Ethereum killer’. This is partly because it is already many steps ahead of Ethereum.

There are currently over 500 projects already built on Polkadot. And they are not small projects. Think of Moonbeam (GLMR), Energy Web Token (EWT),  Ocean Protocol (OCEAN), Interlay, and Kilt.

Moonbeam is a project that aims to help developers transition their current Ethereum dApp to Polkadot. This will ensure that there will eventually be many more applications that run on Polkadot.

Interlay builds a bridge between Polkadot and Bitcoin. Ultimately, it should be possible to put bitcoins in a Polkadot jacket via this route, so that people can use their bitcoins on the Polkadot network.

Kilt is also a promising project. Kilt is developing a protocol to create tokens created for the Polkadot ecosystem. You can compare this with the ERC20 standard on Ethereum.

Some other projects that are also currently on Polkadot are ChainX (PCX), Phala  Network (PHA), and Polka Starter.

Where to buy Polkadot(DOT)

You can also buy it on some brokers’ platforms like Coinmmerce or Bitcoin Master.

Find below the contract address for Polkadot (DOT).

Is Polkadot (DOT) a good investment?

Having understood what the Polkadot project is about, let’s consider some important things about Polkadot:

When Polkadot was just posted on CoinMarketCap, it was at position 2,172. So that’s not exactly high, you could say. But it didn’t take long for this to change.

When everything was ready, the market cap jumped from 0 to over $5.23 billion. That’s a big increase!

As a result, Polkadot rose directly above TRON, EOS, Cardano, and Binance Coin in the list. It is currently stable in CoinMarketCap’s top 11. That means it has one of the highest positions in the DeFi world.

This rapid increase says a lot about the potential that Polkadot has. Therefore, the position the project currently has on CoinMarketCap is a big reason to buy Polkadot!

Polkadot can piggyback on the success of other projects

Polkadot can leverage the problem with Ethereum.

The problem that developers are experiencing with Ethereum also helps. They choose to transfer their application to Polkadot because Polkadot blockchain experiences little to no problems.

This, therefore, ensures that more users can start using these applications. And more users mean that DOT will increase in value.

The price of Polkadot (DOT) is still very low

Could this be an advantage too? When we look at the price of Polkadot (DOT), it is very low. As of the time of writing, you will only pay about $22.76 for a DOT token.

It implies that a lot is still possible. For example, It’s difficult for a cryptocurrency like Bitcoin to go ×10 of its current worth. But, it’s pretty easier for the DOT token to go x10. Hence, Polkadot seems to be a very good investment opportunity.

Also, because the price is still low, it is easier to get a lot of Polkadot in your possession. When the price rises later, you will have a large number of DOTs to sell.

It is much easier for crypto traders to buy coins when the price is low. This will cause more coins to circulate, which will only help the price of Polkadot. So, if you don’t mind waiting long term, then Polkadot(DOT) investment will be good for you.

Polkadot is a unique project

Few projects are quite like Polkadot. Sure, it has similarities with other projects. But still, Polkadot tackles everything in its own way, making it one of a kind.

This ensures that Polkadot is less bothered by competitors who do almost exactly the same as them. The chance of becoming a market leader is therefore many times greater. All the way due to the rising trend within the DeFi world, a lot is possible.

Based on all the factors mentioned, Polkadot has a good chance of remaining a major player in the crypto world. Not only does founder Gavin Wood seem to be a true crypto grandmaster, but he has also set up a very well-thought-out protocol.

However, there’s one major thing that Polkadot should watch out for. For example, they could possibly be bothered by the American financial watchdog SEC.

After reading this article, you’ll probably agree that now is the perfect time to buy Polkadot. The project is just new, but it has enormous investment potential. 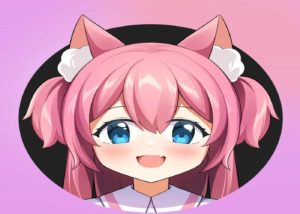 Catgirl: Is it worth investing in? 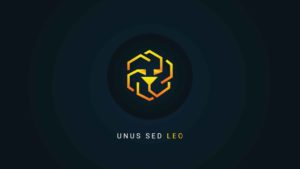 UNUS SED LEO (LEO): What is it? Is it a good investment? 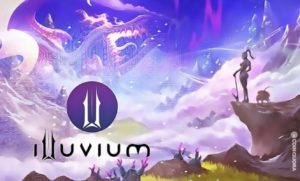 Illuvium (ILV): What is it? Is it a good investment? 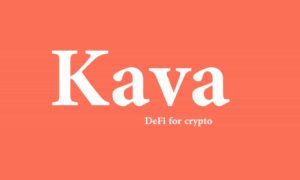 Kava: What is it? Is it a good investment?

Chainlink (LINK): What is it? Is it a good investment?