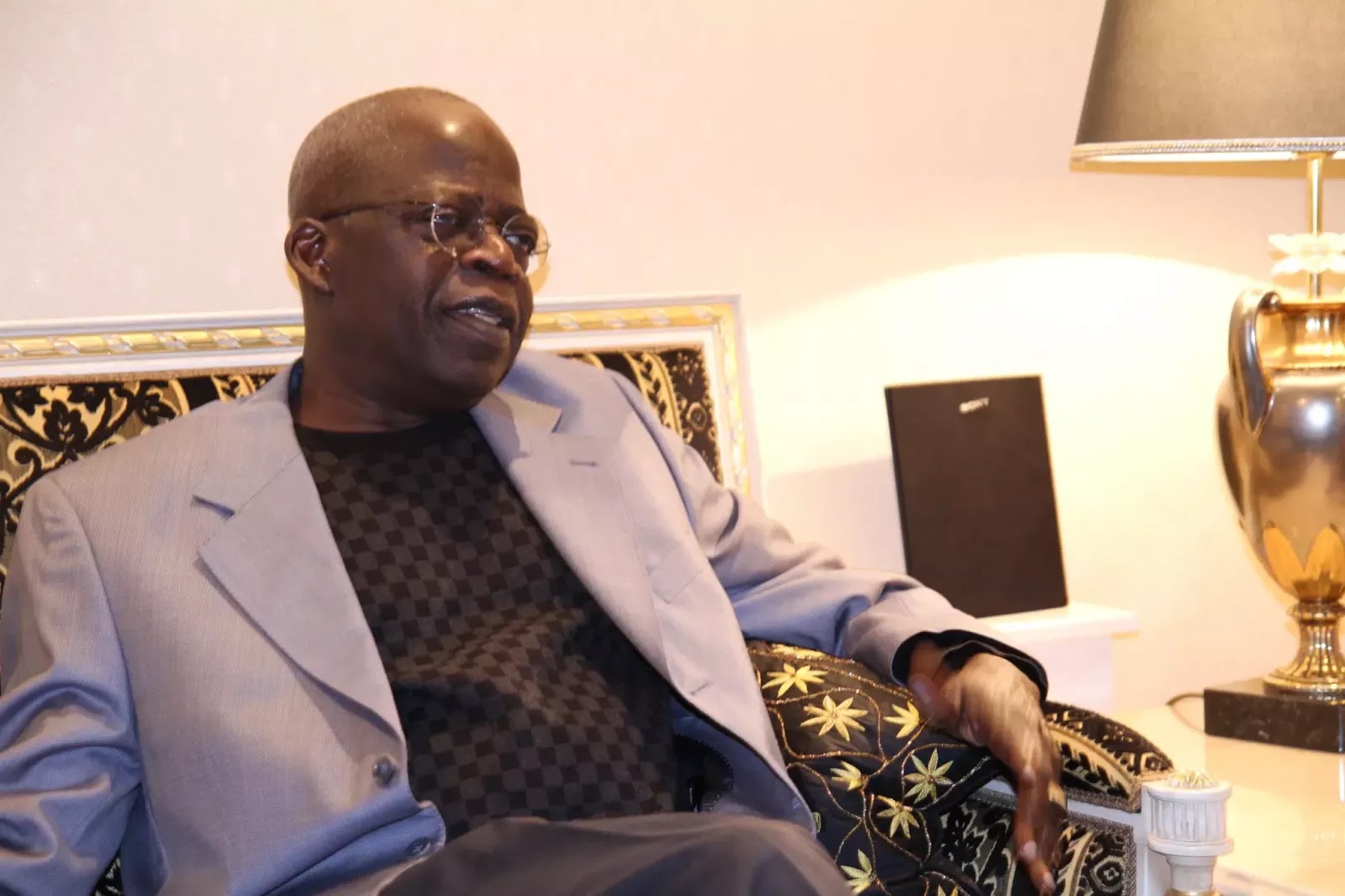 The success story of the Jagaban of Borgu, Bola Ahmed Adekunle Tinubu is one which speaks a lot about dedication, resilience and doggedness. The twelfth governor of Lagos State is one man who has etched and imprinted his name in the sands of time and his political legacy is one which doesn’t seem to suffer any threat of being erased any time soon.

Tinubu was born into a family of note and high pedigree. His mother Chief Abibatu Mogaji was the Iyaloja of Lagos State for many years and she was also the president of the Nigerian Association of Market men and women, a position which she also held for a couple of years. Despite all these many achievements, Bola Tinubu didn’t build on his mother’s success, neither did he walk in the shadow of her career as he chose to forge a name for himself even in a foreign land. He burnt the midnight candle in a bid to gain the Golden Fleece and it thus came as little surprise that he was able to win academic laurels at the end of his academic sojourn.

Asiwaju Tinubu delved into the realm of politics, nine years after returning to his homeland. He ran and won the election into the nation’s senate in 1992, representing the Lagos West Federal Constituency. The regime was however short-lived as there was a military coup not long and democracy was again toppled. Upon this development, Tinubu together with other well-meaning Nigerians formed the National Democratic Coalition (NADECO) which was a body founded to advance the course of democracy and also advocate the recognition of the annulled June 12th, 1993 elections.

Upon the return of democracy in 1998, he ran for the governorship office of Lagos state under the umbrella of the Alliance for Democracy (A.D.) in 1993 and won the election. His first term expired in April 2003 and he contested for a second term and he was again successful and was at the helm of the state’s affairs until 2007 when he handed over to a successor which he had anointed. With his stellar political career, it is no shock that Asiwaju’s wealth has been called into question, particularly as it is the order of the day for most politicians in Nigeria (and Africa) to be guilty of corrupt practices and also converting/diverting public property and funds into personal use. However, Asiwaju has vehemently denied all such allegations and all attempts to nail him to one corruption or fraud charge has proven futile. It is thus only logical to conclude that all speculations are only borne out of contempt, malice or pure political hatred. Regardless, it is undeniable that Jagaban is very wealthy. The sources of his wealth and how he made his wealth would thus be examined below.

What Tinubu has to Say About his Wealth

When questioned about his wealth on the occasion of his 64th birthday, Asiwaju revealed how he was able to make a fortune for himself in the following words, “At Deloitte and Touche, I chose to travel more than 80 per cent of my working years there. And that is because if a staff chose to travel, he would make more money because he would get travel allowances”. He further disclosed that an accounting and auditing system for a joint-venture between National Oil and Aramco in Saudi Arabia would later give him his financial breakthrough.

In his own words,

“We had gone there to set up their accounting and auditing system. It was while on that service that I got my financial break. When I returned to the United States, my employers gave me a huge bonus, which instantly turned me into a millionaire. The bonus was $850,000, before taxes. My salaries were also being paid into the bank and I was not touching them. At the time, my salary deposits in the bank had risen to about $1.8 million”.

Tinubu claims he invested all these monies into various business ventures in America before coming to Nigeria and they translated into a huge fortune for him.

As convincing as this may seem, the amount of properties Asiwaju holds in Nigeria brings this into question. Tinubu is alleged to be the owner of Oando Oil Company which is one of the largest oil ventures in Africa. This company is directly managed by Bola Tinubu’s Nephew, Wale Tinubu. In addition to this, Tinubu is also the rumoured owner of Oriental Hotel which is located on Admiralty Way, Victoria Island, Lagos. This hotel is supposedly worth over 120billion Naira and is virtually one of the most expensive hotels in the country as the presidential suite attracts a rate of roughly 400,000 nairas for each night while the cheapest rooms are worth about 60,000 naira for a night. Alongside ARM and Tunji Olowofe, Tinubu is also said to be the owner of the recreation centre in Oniru which is equally worth billions of naira.

Tinubu is said to be the owner of Radio and Television Continental which are leading radio and television channels in Lagos. He is also the proud owners of a couple of costly and luxurious private jets with the classiest one called the Bombardier Global Express XRS and is reportedly worth a staggering 60 million dollars. The jet was the one used to convey a onetime president of a West African country when he was exiled. Asiwaju is also the owner of prime land of 157 hectares with about 2.5km of Atlantic beachfront which is valued to cost 10 billion naira.

The Lagos state guest house annex in Asokoro, Abuja which was purchased in 2006 by the state government for 450 million naira equally belongs to him. 14 hectares Parkview Ikoyi Estate foreshore land reclaimed by the Lagos state government equally belongs to him, as well as another 5-bedroom semi-detached bungalow on an acre of land, valued to worth around 450 million naira.

The cost and value of these and other unnamed properties of the Jagaban have rightly questioned the source of his riches and while there’s no concrete evidence to nail him to the rimes of fraud, diversion and corruption, it is safe to assume that jagaban’s wealth comes from his political godfatherism. It is almost certain that whosoever Jagaban endorses for a political office would emerge, irrespective of the surrounding difficulties. Thus, it will not surprise many if these aspirants give monetary gratification to the jagaban before and after receiving his endorsement. Asides this, the name Bola Ahmed Tinubu has become a household name, especially in the corridors of power. To this end, jagaban will most likely have a lot of public contracts given to his companies, or companies of persons who are loyal to him. It is therefore not fallacious to conclude that the bulk of Jagaban’s money is made from the world of politics.