Who is Shola Akinlade?

Shola Akinlade is a Nigerian information technology expert, software engineer, and entrepreneur. He is popularly known as the co-founder and CEO of Paystack.

Shola Akinlade graduated from Babcock University in Nigeria, where he studied computer science. After obtaining his Bachelor’s degree, he worked with Heineken and Klein Devort as a database manager.

Paystack is an African Fintech company that enables vendors, banks, companies, etc., and their customers to process payments on the internet. This can be done through debit and credit cards, money transfers, and mobile money apps. Paystack allows businesses to easily secure payments from different local and international payment systems.

Paystack was successful in its early days, as it became the leading payment system in Nigeria, and attracted the attention of Stripe, a payment processing, and software programming company. Paystack was acquired by Stripe in 2020, for a whopping sum of USD 200 million. Paystack has expanded its operation to other countries of Africa.

Shola Akinlade was born and raised in Lagos State, Nigeria. He attended Saint Gregory College, where he obtained his SSCE certification.

After graduating from secondary school, he enrolled in Babcock University, Ogun state. He studied Computer Science in this school and graduated in 2006, after studying for four years.

With a Bachelor’s degree on one hand and hope, on the other hand, Shola stepped into the Nigerian job market, very confident of what the future holds for him.

In November 2007, Shola Akinlade was employed by a brewing company; Heineken. He was a database manager at this company and he specialized in trainee management. This went on till April 2009, when Shola left Heineken.

Shola Akinlade shared a room with Mayowa Okegbenla, with whom he later co-founded Klein Devort. The duo thought of innovating software packages and applications. And that’s where Precurio came into being.

Precurio is an open platform for collaborative business solutions. It provides exceptional value in terms of cost savings and benefits to its users. The idea was conceived in 2007, due to the difficulty involved in setting up off-the-shelf intranet software.

Shola Akinlade and Mayowa Okegbenla got the idea from Dropbox, a file hosting service in the United States that offers cloud storage, file synchronization, personal cloud, and client software.

Precurio was a success, as it was later monetized and also became available in 6 different languages. Shola Akinlade worked as a Co-founder and Software Architect at Klein Devort for years before venturing into other things.

The success and growth of Precurio paved the way for many other opportunities. Banks started reaching out to Shola Akinlade, requesting his service. He built software applications for three different banks.

Shola claimed to have always been troubled about the state of payments and transactions. He knew that it wasn’t where it should be. When he started working with banks, he figured that if there’s someone that should figure out payments and make things better, then it should be him.

Paystack provides businesses and companies with a platform to accept payments via credit card, debit card, money transfer, and mobile money on their websites or mobile apps. Paystack helps businesses in Africa get paid online and offline. They are based in Lagos, Nigeria, and California, United States.

Paystack was launched in January 2016, by Shola Akinlade and Ezra Olubi. It was later acquired by Stripe in 2020, for a large sum of over $200 million.

That was the highest acquisition of a Nigerian startup by the time. The acquisition was a surprise, and as well an encouragement to most companies in the technology sector in Nigeria.

Shola Akinlade claimed that Paystack was not actually interested in selling, but the offer from Stripe was too good to refuse. At the same time, Patrick Collison, the co-founder, and CEO of Stripes gave a good reason for acquiring Paystack, at that record-breaking amount.

He said that online commerce will grow about 30% every year, and it has also been observed that shoppers are growing twice as fast. He further said that he thought of the future, and what financial technology would look like in the 2040s, 2050s, and beyond.

You can read more about Paystack acquisition by Stripe here.

How Paystack was founded, and also funded

After deciding to do his part for the payment situation in the country, Shola Akinlade spent about a year on underground research. He had a waitlist of almost 300 customers and he was working on them all.

He later requested the help of Ezra Olubi, one of his outstanding coursemates at Babcock University. Ezra Olubi has actually worked for a payments company that didn’t work out.

This means Ezra Olubi knows much about creating a payment company and he could be of great help. And guess what? He was indeed a great help! Ezra Olubi became more involved with the project and co-founded Paystack alongside Shola.

As for the funding, they got help from many companies, including Stripe, Visa, Tencent, YCombinator, and lots more.

YCombinator is an American seed money startup accelerator that chooses two or more batches of companies each year. Selected companies will be given start-up capital, advice, and connections.

In exchange, such companies will give YCombinator 7% equity. This means that YCombinator automatically owns 7% of Paystack. Usually, you must have the best of ideas before you can receive a start-up capital from YCombinator.

And you know what? Paystack was the first Nigerian company to receive start-up capital from YCombinator. Today, Paystack is up and running, and also what you would refer to as a perfect definition of success.

On the 11th of October 2022, Shola Akinlade was conferred with a Nigerian national award. He was made an Officer of the Order of the Niger (OON) by President Muhammadu Buhari. Ezra Olubi, who was his other co-founder of Paystack also got the same honours.

Shola Akinlade is available on various social media platforms. He is also on LinkedIn. 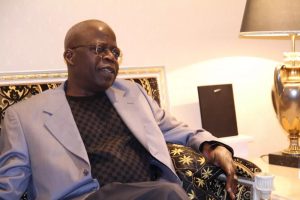 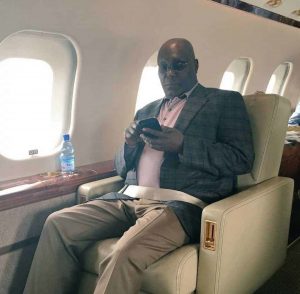 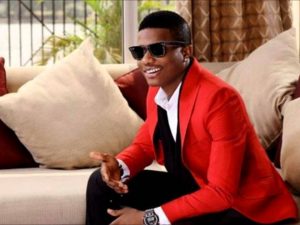 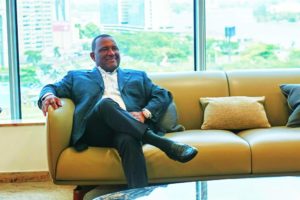 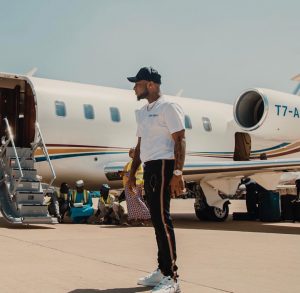