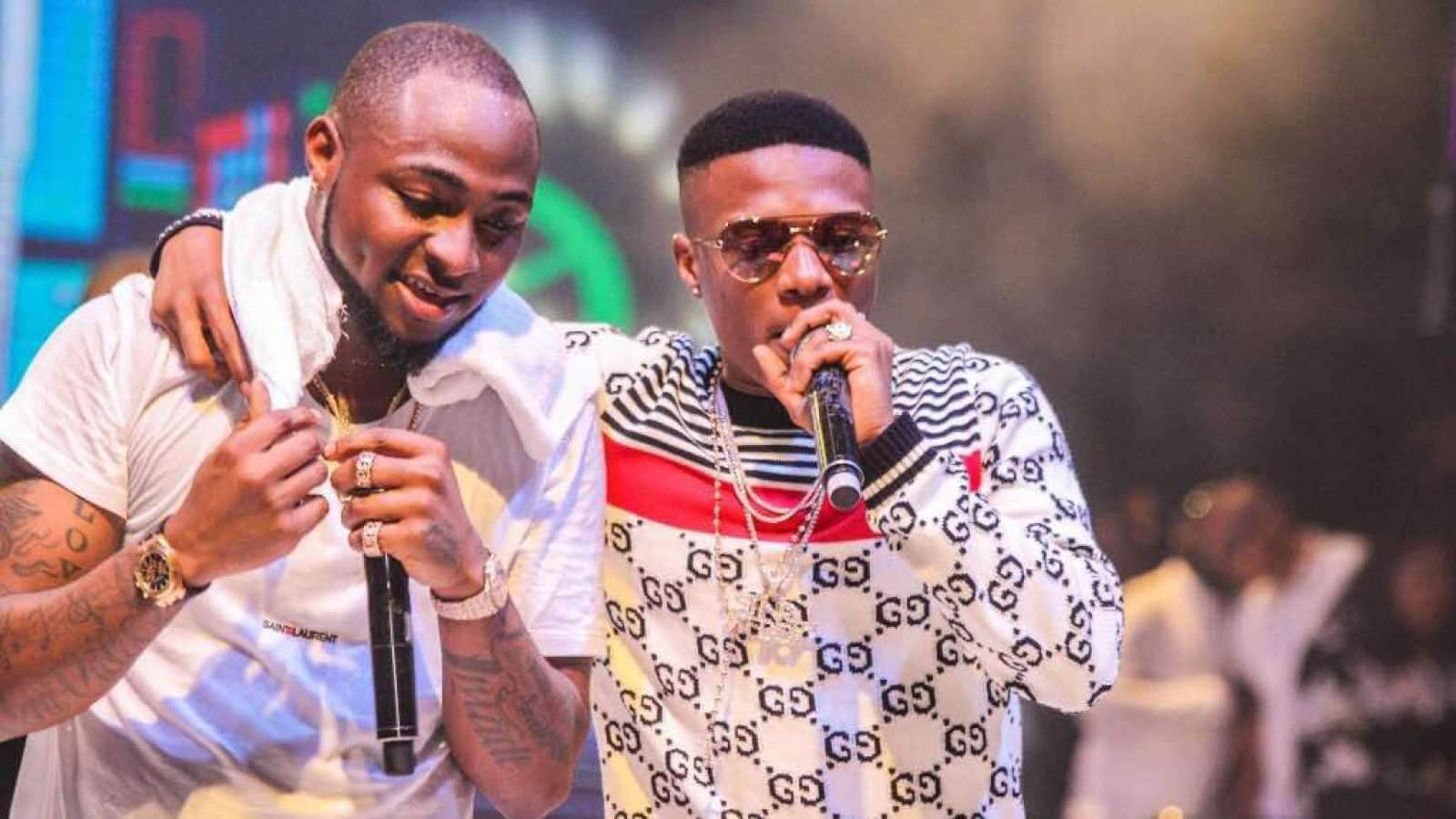 Who is a musician? Any individual that has the musical talent to compose, sing, perform, conduct, and play a musical instrument is a musician. Music is a universal language. Whether you understand the lyrics of a song or not, a song could still captivate you if the melody is thrilling. Nigeria is gifted with many musicians who perform to make their fans happy and earn a lot of money for themselves doing what they love and do best, perform. In this article you will get to know the richest musicians in Nigeria and their net worth.

This post is a file of the richest musicians in Nigeria. Also, you will discover why they are the best musicians and know their net worth. It is time to begin the trip into the music industry that is full of fun, thrill, fame, and money.

To compile this list, the assets of musicians, the demand for them and many other factors has been considered. We have also taken into consideration research by major rating agencies such as Forbes.

Here are the top ten richest musicians in Nigeria and their net worth:

Michael Collins Ajereh popularly known as Don Jazzy is the richest musician in Nigeria and also one of the  richest in Africa. Don Jazzy started his journey into music early as a child in Church. Then he moved to the United Kingdom. He has been listed by Forbes Africa among the most bankable artists in Africa.

He worked as a security guard in the United Kingdom. During his time in Britain he met with D’banj and they decided to return to Nigeria where they founded Mo’Hits. Mo’Hits enjoyed massive success with Don Jazzy as producer and a long list of A Lists artist including: D’banj, Wande Coal, Dr Sid, and D’Prince.

Don Jazzy has investments in Real Estates and Tech. He enjoys massive endorsement from Big brands across Nigeria. His net worth is estimated to be $30 million

Wizkid is one of the most celebrated artists in Africa. This talented musician has hit the airwaves like a hurricane and has gone on to release award-winning music albums.

He was said to have begun playing music at a tender age. Ayodeji Ibrahim Balogun, also known as Wizkid, was born in Surulere Lagos on 16 July 1990.

Ayodeji started his music career by joining a group known as Glorious Five, and they released a music album. In 2009 Banky W signed Wizkid into Empire Mates Entertainment, where he released his first single titled Holla at Your Boy” and in 2011, Wizkid released his first studio album titled” Superstar.”

Ayodeji is famous and preferred by both International and local stars who feature him in their music productions. Wizkid’s primary source of wealth is the sale of his music, concerts, and endorsements signed with big brands in the country. Wizkid’s estimated net worth is $20 million.

David Adeleke popularly known as Davido and on stage sometimes called “Omo Baba Olowo’, is one of the most talented famous musicians in Nigeria today. He is from a wealthy family and was born on 21 November 1992 in Atlanta, the U.S.A.

His fame and fortune have grown as his music sells internationally and in Nigeria. He has some fantastic studio albums that have continued to sell till today, like Omo Baba Olowo in 2012, Son of Mercy in 2016, and A Good Time in 2019. Some of his famous songs include Assurance, See Gobe, Aje, “Flora my flower,” and “Aye.”

Davido owns a music label called DMW. He has signed up with Sony music label and makes his money from music sales and performances, investments in real estate at Lekki, and endorsements with Big Brands. His net worth is estimated to be $19 million.

Damini Ebunoluwa Ogulu, known as Burna Boy or African Giant is one of the biggest names in the African music industry. He is a famous Nigerian singer that debuted in 2012 with a single titled “Like to party.” This song was also the lead track in his first studio album released in 2013 titled “L.I.F.E.”

Burna boy signed with music labels in the United States called Warner Music Group and Bad Habit/Atlantic Records through whom he released the third studio album in 2018.

His music has advanced over the years, and now he has the recognition he deserves and won a B.E.T. award as the Best International Act. He has a Grammy award nomination. Burna Boy’s source of wealth is his music that sells locally and internationally, and endorsements signed with large Brands and his landed properties.  Burna Boy’s net worth is projected to be $17 million.

The living legend 2face Idibia does not need any introduction. He is easily one of the best music artists from Africa in the last century.

Innocent Idibia, who is also known by his stage name as 2Face or 2baba, was born in Jos in 1975 and sang with a group known as Plantashun Boiz, made up of Face, Black Face, and himself. The group produced music that launched them into the limelight.

But they soon had to separate amicably. At the separation of the group, 2Face went on to perform Solo just as the other members each released Solo albums.

He has won many awards from MTV, B.E.T., MOBO, Channel O, and Best musician of the year awards. It has been many years, and 2baba is still a crooner to beat as he continues to produce chart bursting music.

Some of his albums include Face 2 Face, Grass 2 Grace, The Unstoppable, The Ascension and more. 2Face sources of wealth are from Real Estate,  the sales of his music, concerts, record label, and endorsements with top Brands. His net worth is about $16 million.

Olamide is a Yoruba rap musician and popularly called Badoo. He is famous like all the other musicians in this list, and ranks in the sixth position.

He has worked with other famous artists like Phyno in collaborations, and as a result, his music sales have continued to soar making him wealthier. He owns the Y.B.N.L. record label.

He has won awards such as the N.E.A. at the Nigerian African Awards, and sources of his wealth include music album sales and performances, real estates, investments, and endorsements. His net worth is estimated to be $12 million.

Phyno whose real name is Chibuzor Nelson Azubuike, was  born in 1986. He is a talented drummer and pianist and an Igbo rapper, songwriter, singer, and record producer. He began his music career in 2003.

Sources have it that Phyno started rapping in the Igbo tongue in 2010 and came to Lagos to expand his music career. He met Olamide, and both keep collaborating to create hit tunes that keep them prosperous.

Pyhno has collaborated with artists like MI, Timaya, and Flavour. He likewise makes money from producing fellow musicians like Timaya and Flavor and many others. His net worth is about $11 million.

Inetimi Timaya Odon, who was born in 1977, popularly called the “Egberi Papa 1 of Bayelsa,” comes in eight place in this article. Timaya is a singer and songwriter and plays Ragga and dance hall music and Afrobeat. He was unknown when he debuted in 2005 with his song titled “Dem Mama” This song’s lyrics told stories of his life, and it was said to have sold more than a million copies.

Today, he has his record label called Dem Mama records, which have signed up many young newcomers in the music industry to give them a chance to flourish.

Some of his albums include True story in 2006, Gift and Grace in 2008, and many of the songs are runaway successes. The sale of his music across the world and performances continues to make him wealthier. Hes has investment in real estate among others. He is estimated to be worth $10.5 million.

At the number nine position on this list of the wealthiest musicians in Nigeria is Chinedu Okoli, also known by his stage name flavor N’abania. He began playing music as a drummer in his local church. He rose to fame because of his meaningful songs. His hit songs include Ada Ada, whose video was nominated as a top video of the year 2014 at MTV Africa Music Awards.

His albums are growing since he debuted in 2010, and they are Nabania, Thankful, Blessed, Ijele the traveller, Uplifted, and more. His music sells widely in Nigeria and across the world and has endorsements from Big Brands. He has a net worth of about $9.5 million.

Tiwa sings, dances, and writes songs and performs locally and abroad. She joined Marvin records owned by Don Jazzy in 2012 and released many hit songs under that label that received international acclaim and sales.

Her debut single came out in 2013, and it was titled “Once upon a time.” Her next single “Kele Kele Love” was a huge success and on top of the Nigeria Music charts. She has won many awards like the Best African Act at MTV Europe Music Awards in 2018, and nominations as Best International Act: Africa at B.E.T. Awards 2014.

She makes her money from the sale of her music, concerts, and endorsements from big brands in the country. She also recently signed a lucrative music contract abroad with Universal Music Group in 2019.

One of her prime assets includes a house in Lekki Peninsula, Lagos. She is the wealthiest female musician in Nigeria, with an estimated net worth of $9 million.

These musicians make singing seem effortless, no wonder they have amassed so much wealth. If your favorite musicians are not here, do not worry, who knows, they might join that group tomorrow.