Acala is one of the most well-known projects that became famous during the parachain auction. In this article, I’d go over everything you need to fully understand the Acala network.

Acala is a scalable Polkadot parachain. It is an Ethereum-compatible layer-1 smart contract system with built-in liquidity optimized for Defi. Also, it includes a simple financial application suite joined to a single comprehensive offering from beginning to end.

Which makes it ideal for developers who want complete control over their decentralized apps. Acala is backed by substrates and is Ethereum compatible.

Compared to Ethereum, its gas fee is significantly low.

And it provides interoperable cross-chain capabilities and solid security standards for hosting financial apps on its decentralized network. This positions it to become a Polkadot ecosystem of Defi Hub.

The following forms the basis and core of Acala.

ACA, this Acala Token is a cryptocurrency used to purchase goods and services. To begin, the Acala platform uses ACA as a utility token. In the Acala network, the native ACA tokens serve two fundamental purposes.

Polkadot is a blockchain network comprising relaying chains, parachains, and parathreads built on the Substrate architecture. Parachains are self-contained blockchains that have their unique indigenous tokenomic and formas and are modular and configurable.

Although Parathreads are comparable to parachains, they’re smaller chains needless of being connected to the relay chain all the time. Polkadot’s utility and flexibility are critical to the Acala platform’s success.

The Ethereum Virtual Machine (EVM), a custom-built Acala which became live in February 2021, is a Polkadot-native Ethereum-compatible virtual processor. They build it to maximize and exploit Substrate’s ultimate capabilities.

Now, Decentralized apps (dApps) built in the Acala EVM can communicate with cross-chain assets. This is thanks to the Acala EVM’s composable Defi ecosystem.

In addition, the Acala platform hosts several dApps (Decentralized apps) which use Polkadot to give cross-chain decentralized financial (DeFi) access.

In conclusion, any project collaborating with the Acala foundation can gain help from marketing cooperation, technological innovation sharing, and much more!

Kusama on the other hand is a decentralized network known as Polkadot’s canary network or testnet. Furthermore, Kusama is faster than Polkadot at deploying new apps and setting governance parameters.

The Acala Mandala is where you’d find Acala’s decentralized finance (DeFi) suite of applications and protocols. Acala Mandala is still in testnet, but it’s open-source and permissionless, which means anyone can use it.

However, to interface with Acala Mandala, you must install Polkadot.js. Now that Polkadot.js is a free browser extension you can download and install it in seconds.

Where and How to Buy Acala

Obtaining some coins is more difficult than others. One of the difficult ones is the ACA Token. The Coinbase app and Coinbase Wallet don’t have it. But don’t panic; I’ve included some pointers to assist you in locating an ACA Token purchase option that suits you. They are;

Binance is by far the biggest crypto exchange on the planet and it is also the best place to purchase Acala (ACA). You can purchase it on Binance using USDT, BUSD, and BTC.

CoinMarketCap gives a list of purchasing possibilities for each cryptocurrency (also known as market pairs). Search for the ACA Token on CoinMarketCap. Near the price chart, then press the “Market” button.

This view shows you a full list of venues where you can buy ACA Token and the currencies used to buy it. Under “Pairs,” you’d notice the ACA Token abbreviation, ACA, as well as the next currency.

The next currency is the one you’d use to buy ACA Token. If you want to buy ACA in US dollars, search for the symbol ACA/USD.

Make Your Purchase On The Platform of Your Choice.

Every platform has its approach to things. Some platforms are quite simple to use, while others aren’t. In general, buying crypto with fiat money such as the US dollar is easier than buying it with another cryptocurrency.

If you need to get ACA Token using another cryptocurrency, you’d need to first build an ACA Token-compatible crypto wallet, then purchase the first coin. Then use it to acquire ACA Tokens on the forum of your choice.

Most platforms have guides if you get stuck. If they don’t, there’s a thriving community of crypto aficionados who have undoubtedly released tutorials on YouTube, Twitter, as well as other social media platforms.

The security, dependability, and liquidity of different platforms vary. Do your homework before opening an account.

Is Acala (ACA) a good investment?

Compatibility and interoperability with other chains are two of the major challenges for projects on their blockchain. By adding EVM, Acala has demonstrated its scalability.

This aids the project’s long-term growth and enables it to serve as a link among Polkadot and Ethereum. Even before the Parachain auction, the project has acquired widespread support from the community.

Thereby demonstrating that it has a sizable user base. Obtaining an official place on the parachain is an important step forward in the project’s growth.

Acala is a viable alternative to the Ethereum-based Defi ecosystem. Also, it appears to be a promising Defi project capable of providing a wide range of financial goods and services.

Thanks to the Polkadot innovation that powers product-specific parallel chains. As such, ACA has the potential to be one of Polkadot’s most important Defi use cases.

Note: Cryptocurrency investment is risky. You may lose your investment.

If you prefer video then watch below: 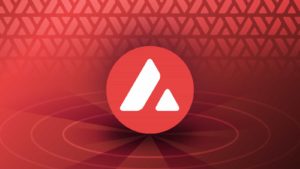 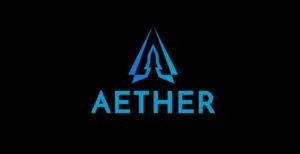 AetherV2 (ATH): Is it a good investment? 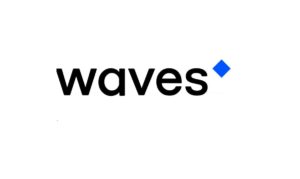 Wanchain (WAN): What is it? Is it a good investment? 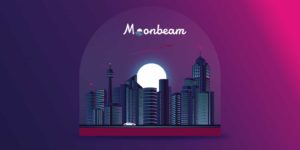 Moonbeam (GLMR): What is it? Is it a Good Investment? 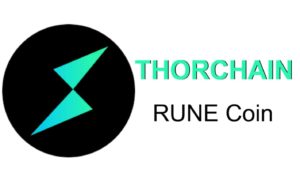 THORChain (RUNE): What is it? Is it a good investment?