The world is faced with conflicts, famine, and poverty that affect the general well-being of people in various countries. There are currently over 20 countries across the globe with a per capita income of less than $1000.

The growth of every nation is dependent on the economic activities the citizens undertake that generally improve the country’s GDP.

This article takes a look at the top 10 poorest countries in the world based on GDP per capita.

Burundi comes in at the first on this list of the world’s poorest countries. The country has faced a series of crises since the bloody military coup in 2015. Burundi is today home to a large number of displaced people.

These factors have contributed to widespread poverty in Burundi. Burundi’s GDP per capita is placed at $236.8 as of 2021, the country is known for a studded increase in the death and malnutrition of children as a result of widespread poverty.

Somalia is second on our list of the ten poorest countries in the globe. The East African nation has been plagued by a series of terrorist attacks from the Islamic group, Al Shabaab, which has had a significant impact on the country’s economy. In the 1990s, the economy was in a rather stable form than it is today.

However, Somalia has a solid reputation in the agriculture and mining industries. Today, fishing and farming account for the majority of Somalia’s GDP, employing over 50% of the nation’s population. Somalia finishes with a per capita GDP currently estimated at $445.8.

Recently, Mozambique has had some incredible economic expansion. The country remains, however, among the world’s poorest countries. Mozambique possesses significant economic activity in the industrial, mining, and agricultural industries.

Their mining industry now specializes in melting titanium and aluminium. The majority of people in Mozambique are poor. Also, subsistence farming is how they primarily earn a living. Mozambique is currently the 6th poorest country in the world, with an estimated $500.4 GDP per capita.

The Central African Republic (CAR) is currently one of the least developed nations in the world. CAR has seen numerous crises and violence over the years and they were able to fix them, though.

Corruption in the CAR poses a danger to its development and the majority of CAR’s population is poor. Agriculture is the main economic activity in this nation. Despite having natural resources like diamonds, their economy remains unstable and the life expectancy is 43 years.

You can know more about the standard of living in this country from this. CAR’s growth is very slow due to its high rate of corruption and poverty. Their current per capita income is $511.5.

Madagascar is the 5th poorest nation in the globe. It is an island country on the Indian Ocean, right off the coast of South Africa. Madagascar is a stunning place to be and a major destination for tourists.

However, issues like climate change always damage valuable assets, including the homes of indigenes. The main components of Madagascar’s GDP are coffee, palm oil, silk, and rice. Madagascar has endured many wars as a country in the past but they have been able to maintain peace recently.

Statistics indicate that Madagascar has a poverty rate of over 60% of its total population, with a GDP of about $514.9.

The 6th poorest country in the world is Sierra Leone, which is located in West Africa. Sierra Leone still endures several negative impacts from its decade of civil conflict. During the conflict, a significant amount of time which could have been used for development was diverted to the war.

The Sierra Leonian economy is still in a precarious state today. High rates of illiteracy, widespread poverty, and corruption are the main drawbacks of mass illiteracy. Sierra Leone has a GDP per capita income of $515.9.

Afghanistan makes it to the list as the first non-African nation. With a population of over 30 million, over 70% of Afghans are reported to be earning less than a Dollar. The fall of Afghanistan began following the long conflict with the Taliban. This invariably caused a decline in the overall growth of the country.

Nevertheless, Afghan continues to be one of the world’s poorest countries. Afghanistan is currently regarded as the 7th poorest country in the world, with a per capita income estimated to be around $516.7.

The Democratic Republic of Congo (DRC) is surprisingly the 8th poorest country in the world. The fact that they are included on the list of one of the richest African countries in terms of resources is what makes this a shock.

DRC’s GDP per capita is as low as $548.1, the country is considered among the poorest countries in the world caused primarily by its extremely low GDP per capita.

Niger is the 9th poorest country in the world in terms of GDP per capita. This country is endowed with resources, including oil, gold, and uranium. In addition, agriculture is a major occupation for many citizens.

Nonetheless, a sizable part of the country is covered by the Sahara desert. As a result, they experience occasional starvation. Niger’s economy is unstable and underdeveloped, despite having several natural resources. Also, there are a lot of people who lack basic literacy in this nation. Niger is the 5th poorest nation in the world, with a GDP per capita that is now estimated to be around $594.9.

Not as well known as some of the other countries on this list is Eritrea. This is a country in Africa, with an area of about 117,000 square kilometres.

Silver and gold are crucial to Eritrea’s entire economic system. In addition, they profit greatly from cement exports. One may claim that Eritrea is a naturally blessed nation. They still have a lot of challenges, though.

Eritrea is ranked as the 10th poorest country in the world, with an estimated per capita income of $642.5.

The world consists of over 200 countries and territories. A majority of the world’s poorest countries are situated in Africa, making the African continent the poorest continent in the world. 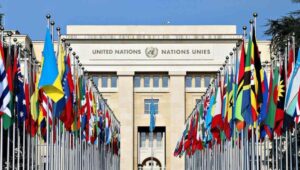 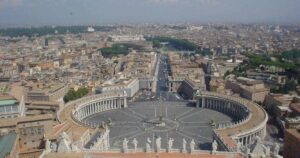 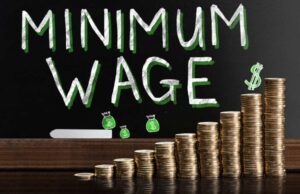 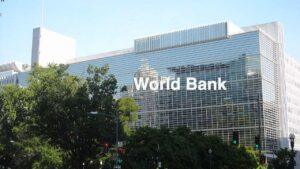 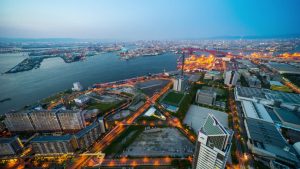