Nigeria not only has the largest population in Africa but also a robust economy that ranks first on the African continent, 26th in the world in nominal GDP, and 25th in PPP. According to the World Bank, Nigeria is an emerging market filled with tons of opportunities and hopes for prosperity.

Nigeria has approximately 90 cities, including Kano, Lagos, Aba, Abuja, Enugu, Kaduna, Zaria, Onitsha, Ibadan, Owerri, Umuahia, Jos and others. With this many cities, the major question that arises in the minds of Nigerians and foreigners is which Nigerian city can I start a business with the likelihood of success, which city can I get a proper paying job, which city offers varying opportunities that can suite my skills; after intensive research, we took out time to list the top ten most economical and financially stable cities in Nigeria.

Recommended: Top 10 cities in Nigeria to do business

The top ten cities listed below are arguably the best-paying Nigerian cities there are. The cities offer workers a stable income way above minimum wage, also, there exist varying opportunities for labour, trade, and business development in these cities.

The median minimum wage in these cities is estimated to be 45,000 Naira.

The greater the population growth and density in a location, the greater the business’s market potential there is. Customers who are interested in your business model are more likely to patronize your goods or services. Additionally, a company is more likely to easily hire the best workforce.

Aside from the population growth and density, there is in existence a significant portion of the citizens with large disposable incomes. All cities listed have a population of at least 1 million people.

3. The level of safety

The level of safety in the city where a business is located greatly impacts its success. Most businesses in uncertain urban areas usually have to shut down given low support and misfortunes because of the harm caused during the savagery.

These cities possess a standard security measure set up by the government and the people living in them.

The presence of public frameworks like a decent street organization, media communications, well-being framework, standard hospitals, effective schools and other infrastructures that aid business. The time and money required to run a business are reduced by public infrastructure.

Top 10 Nigerian cities to live in

If you want to relocate for business, the following are the top ten cities to choose in Nigeria:

The most populous city in Nigeria is the metropolitan city of Lagos, which is home to approximately 14.8 million people. It is a significant African monetary and financial centre of the state of Lagos, Nigeria and Africa. With an economy of $33.68 billion and a per capita income of $4,335, it is believed to be one of the fastest-growing communities in the world.

Lagos is a concentration of big business in Nigeria; the city is also home to some of the largest sea ports in Nigeria and has the monopoly of edible exports from west Africa. The official minimum wage closes at 30,000 Naira, nonetheless, workers earning 40,000 and above make up over 80% of the city’s labour force.

The centre of Nigeria is home to Abuja, the nation’s capital. The Abuja metropolitan area is currently home to an estimated 3,464,000 people.

With a GDP of $21.17 billion and a per capita income of $3,966, Port Harcourt is the largest city in Rivers State and Nigeria’s fifth-largest city. The current population is thought to be 3,171,000. The discovery of crude oil in Nigeria in 1956 was a major factor in this city’s modernization and development of its infrastructure. Nigeria’s most important oil-refining city is Port Harcourt.

At the city’s periphery is the international airport known as Port Harcourt International Airport. The Nigerian Air Force (NAF) base, which is also the only other airport used by domestic flights, is situated in the same area. Aero Contractors, Caverton Helicopters, and Bristow Helicopters are commercial airlines that make use of the airport. Port Harcourt Wharf and FOT Onne are the city’s two seaports.

The state capital and most populous city in Kano state is the city of Kano, which has a GDP of $12.39 billion. It is anticipated that this city currently has a population of 4,103,000 people.

The Mallam Aminu Kano International Airport is the international airport in Kano. It likewise has a rail station connecting to Lagos through Kaduna and Ibadan and has similar admittance to the seaports at Lagos and Portharcourt.

Onitsha is also well-known for its substantial market. It is situated in Anambra state and is one of the main Nigerian cities to live in Nigeria. With a population of over 2 million people, Onitsha city is a strong force in the Nigerian trade industry.

The city can be found at the intersection of 6°10′ North and 6°47′ East. The region receives a lot of rain, so the temperature stays pretty much the same all year. Nuts, corn, fruits, and vegetables are Onitsha’s primary commercial crops of trade. Tires, petroleum products, fashion products, and bearings are just a few of the other products that are traded in Onitsha. The city is also home to a large brewery and several other industries including paint, edible products and others.

Ibadan is the state capital and the most populous city in Oyo state. It has a GDP of $16.12 billion and a per capita income of $2,665.

It is anticipated that this city has a current population of over 3 million people. There are several industries in Ibadan, including agro-allied, textile, and food processing, among others.

Aba is well-known for its extensive market. In the south-eastern part of Nigeria, it is at 5°1′ latitude and 7°35′ longitude. With a population of over a million people, it is one of the most well-known cities in Nigeria.

The city is Nigeria’s first for manufacturing non-edible goods, it has a GDP per capita of $3000 and is known as Nigeria’s capital for fashion and clothing item manufacturing, especially foot wares, bags and other leather products.

Aba Nigeria is a significant exchange place in the entire of Nigeria. It makes a lot of palm oil and kernels, which makes a lot of money for the country.

Another critical industry is the handling of kola nuts. Shoes, beer, mineral water, soap, textiles, pharmaceuticals, and other items are made from Aba.

The state capital of Kaduna is the city of Kaduna, which has a GDP of $10.3 billion and a per capita income of $1,666. It is anticipated that this city currently has a population of over 1 million people.

The city is a major transportation hub for the agrarian areas surrounding it and a centre of trade due to its rail and road junction. It is generally regarded as the Middle Belt and Northern Nigeria’s industrial hub.

It is estimated that this city currently has 1,782,000 residents. Benin City has a significant oil production industry in addition to being the hub of Nigeria’s rubber industry. Three commercial airlines fly into Benin city’s local airport.

Warri is the largest city and the commercial capital of Delta State, with a GDP of $16.75 billion. This city is home to the extension of the Government House, as well as a central oil base in the South-South region. Warri City is currently home to an estimated 1.2 million people.

It is one of the major petroleum-related business and activity centres in the South. It is categorized as a modern metropolitan area with significant development of its infrastructure. It is the location of several significant Nigerian and international businesses.

Choosing a city to reside in and do business in is one of the most important decisions to undertake when starting a business. Businesses’ success is greatly influenced by their location or point of sale. Nigeria, being the most populated African nation and the seventh most populated country on the planet, with more than 200,000,000 people, is a rewarding spot for Organizations – locally and universally. 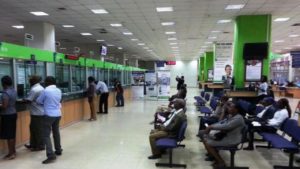 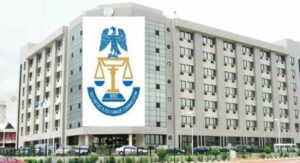 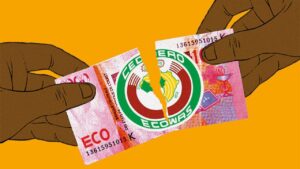 Eco: Why West Africa shouldn’t have a single currency 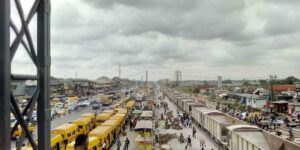 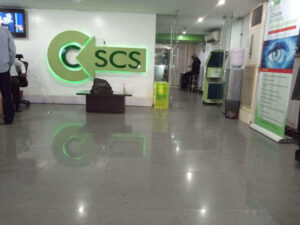 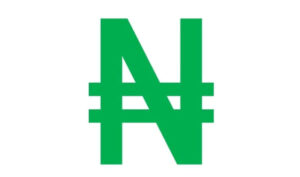